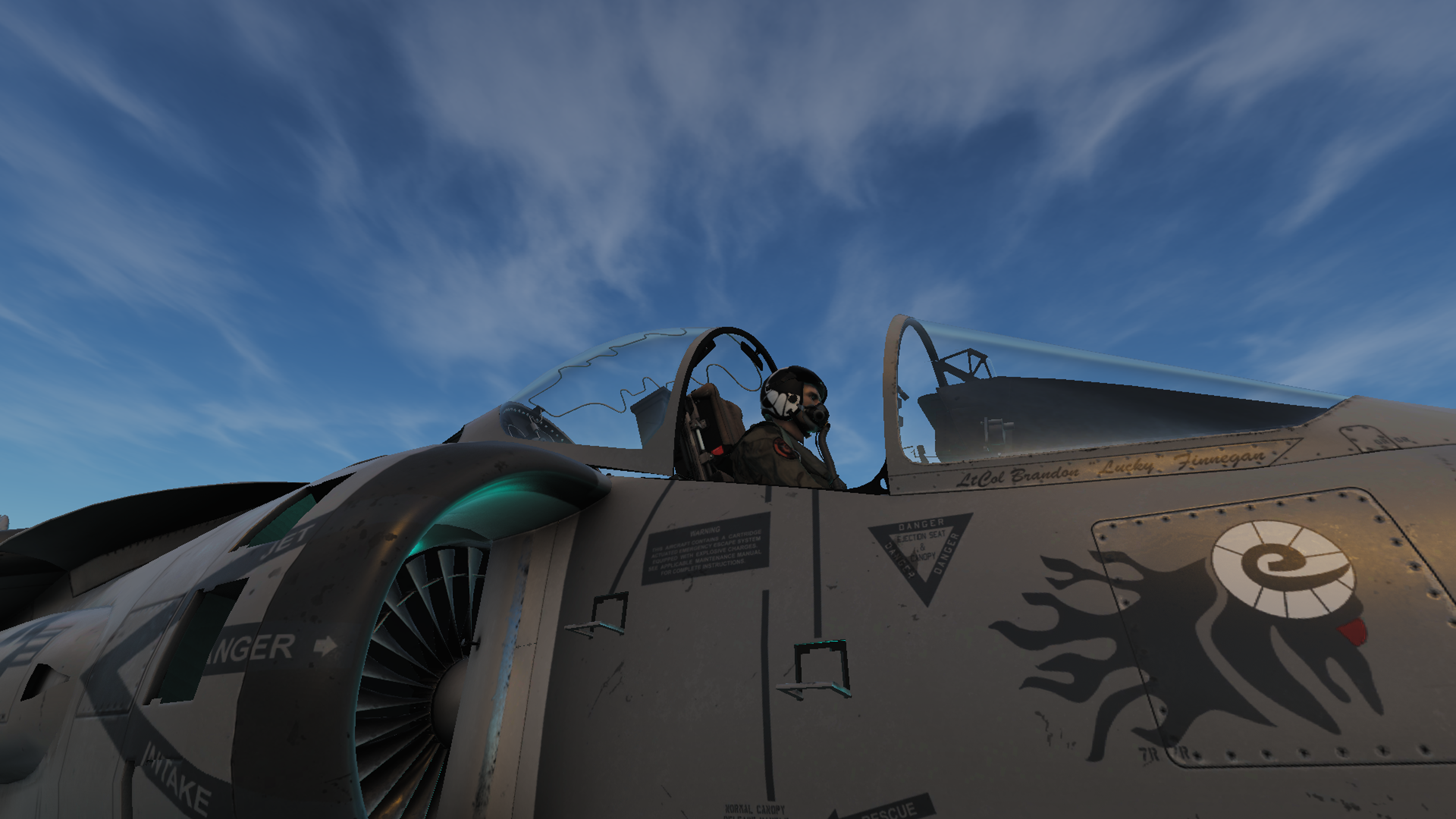 
Marine Fighter Squadron 214 was originally commissioned on July 1, 1942, at Marine Corps Air Station Ewa, on the Island of Oahu. Initially called the "Swashbucklers," they participated in the Solomon Islands campaign, flying out of Henderson Field on Guadalcanal. The squadron is best known as the Black Sheep of World War II fame and for one of its commanding officers, Colonel Gregory "Pappy" Boyington.

In August 1943, a group of twenty-seven young men under the leadership of Major Gregory "Pappy" Boyington (who was later awarded the Medal of Honor) were joined together to form the original "Blacksheep" of VMF-214. Continuing in their traditions as pioneers, in July 1993, the Black Sheep conducted a dedicated "Night Systems" deployment to the Marine Corps Air Ground Combat Center at Twenty-Nine Palms, California. Ultimately, sorties were conducted throughout the night until shortly before dawn over a period of three weeks. It also resulted in the gathering of original medical data on night flying and its effect on pilot performance.

From December 1993 to July 1994, Marines of VMA-214 deployed aboard USS Peleliu and participated in contingency Operation Restore Hope and Operation Quick Draw. During this deployment, VMA-214 Det B participated in Operation Distant Runner. In October 1994 a detachment from Marine Attack Squadron 214 embarked aboard USS Essex to support the 13th Marine Expeditionary Unit (13th MEU). During April 1996, Marine Attack Squadron 214 again deployed a detachment aboard USS Tarawa in support of the 13th MEU. The detachment supported Operation Southern Watch off the coast of Kuwait and Operation Desert Strike in Northern Iraq.

In August 1997, the Black Sheep were recognized for the third time with the Lawson H.M. Sanderson Award for Attack Squadron of the Year. In 1998 and 1999, the Black Sheep Squadron prepared for and deployed aboard USS Boxer. It was on this deployment that the Harrier community had its first operational use of Night Vision Devices for shipboard activities to include working with helicopters on a shared deck.

Immediately following an extended fleet-wide grounding of all Harrier activities, the Black Sheep split the squadron and deployed simultaneously in support of two separate Marine Expeditionary Units. The Squadron (-) deployed to Marine Corps Air Station Iwakuni, Japan, while Detachment Bravo sailed in support of the 13th Marine Expeditionary Unit aboard USS Tarawa. During this deployed period, the Marines of VMA-214 participated in humanitarian operations in East Timor and Indonesia. One month later, Det Bravo was off the coast of Yemen with the 13th MEU(SOC) participating in Operation Determined Response - the recovery of the destroyer USS Cole. During this operation, Black Sheep Marines trained in the region and helped provide stability with a constant fixed wing presence. 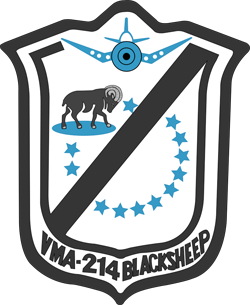